How children, parents and teachers come together against air pollution?

During the first and second pilots in Prishtina, we have worked significantly with young people, giving them an immense space for autonomous self-organization horizontally and through radical democratic decision making process.

We also experimented with “targeted measurements” – as new way of measuring locally – investigating the air pollution at a very local level. As decided by the Committee Members themselves, we worked particularly with primary school “Faik Konica” – due to its location in one of the most polluted areas of Prishtina – running systematic targeted measurements.

While our work, and the campaign, focuses on children and their rights to be informed and and to have access to clean air, we believe that parents and teachers of the school should be more authentically engaged with our work, but also with the struggle against air pollution. Therefore, between 10-11 March 2017, we decided to organize two events simultaneously: 1) Non-formal environmental education workshops with pupils of the school; and 2) Digital Bootcamp: “Save your children from the invisible killer” with parents and teachers. 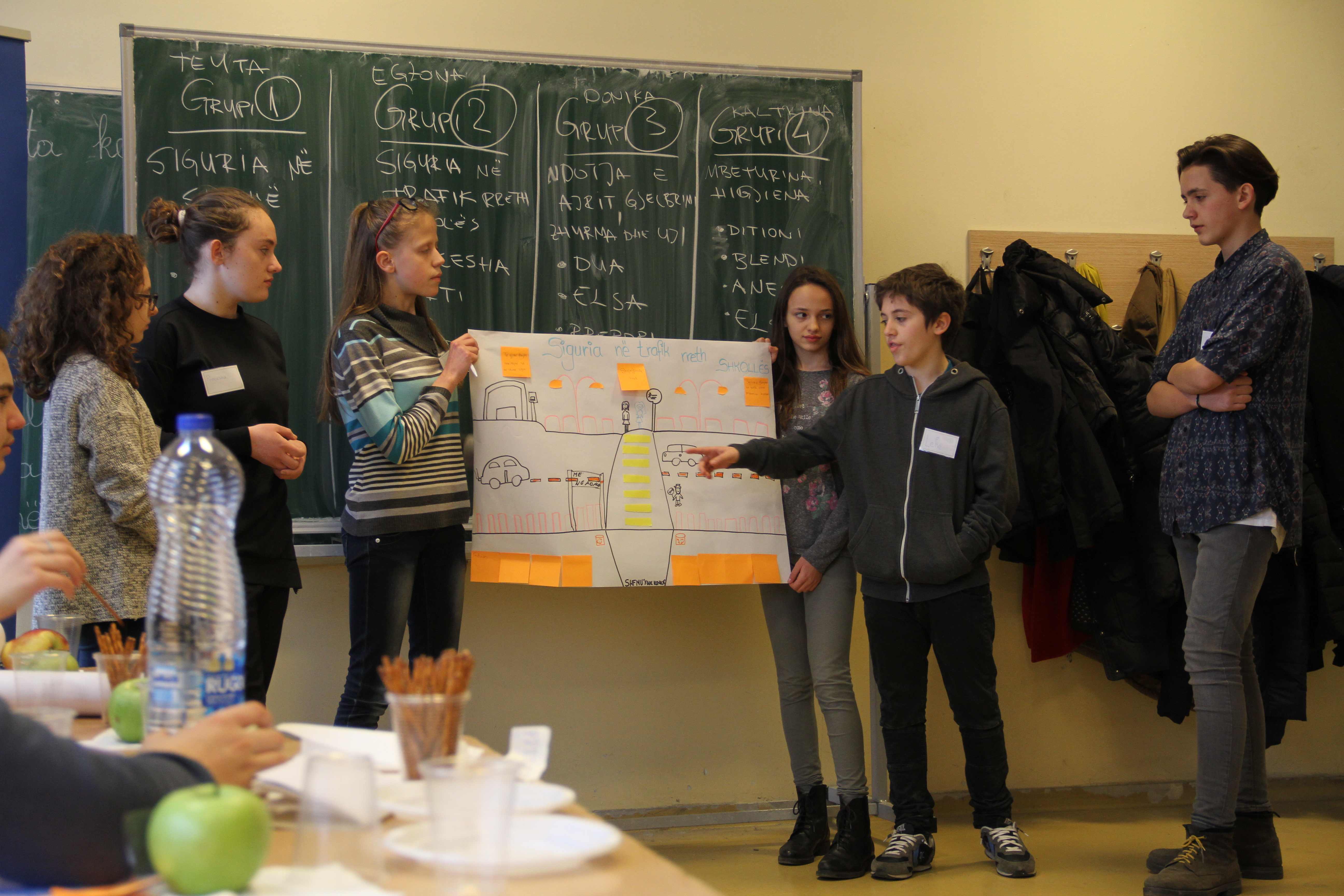 The Digital Bootcamp involved several programme elements that were designed and delivered by the Committee Members. The Bootcamp has started on Friday afternoon with a round of introduction, followed by an interactive presentation of the work of Making Sense EU in Prishtina. Parents and teachers had also the chance to hear more in-depth information about air pollution monitoring at school (indoor and outdoor), we provided all the data collected and visualized the most polluted spots of the school. This was followed by an open forum where, parents, teachers and our team had a discussion around the situation in the school, but also about methodologies and tools we used during the investigation.

The second day of the Bootcamp has started with the theoretical input by Dr. Antigona Dervishaj, one of the Kosovo’s leading experts on health impacts of air pollution and who works for Kosovo’s National Institute for Public Health. She provided more information about the air pollution in Kosovo and has particularly focused on the impact of air pollution on children. This was followed by a hands-on afternoon, where parents and teachers have developed their practical skills on air pollution measurement using Airbeam, but also understanding of data reading and visualization. The Bootcamp was followed by another open forum around the question: “what can be done?”.

The conclusion of the Bootcamp resulted with an agreement among parents and teachers to establish Schools’ Green Community which will consist of: pupils, teachers and parents. This community will aim to work autonomously in longer-term on monitoring air pollution and organizing other actions on air pollution. 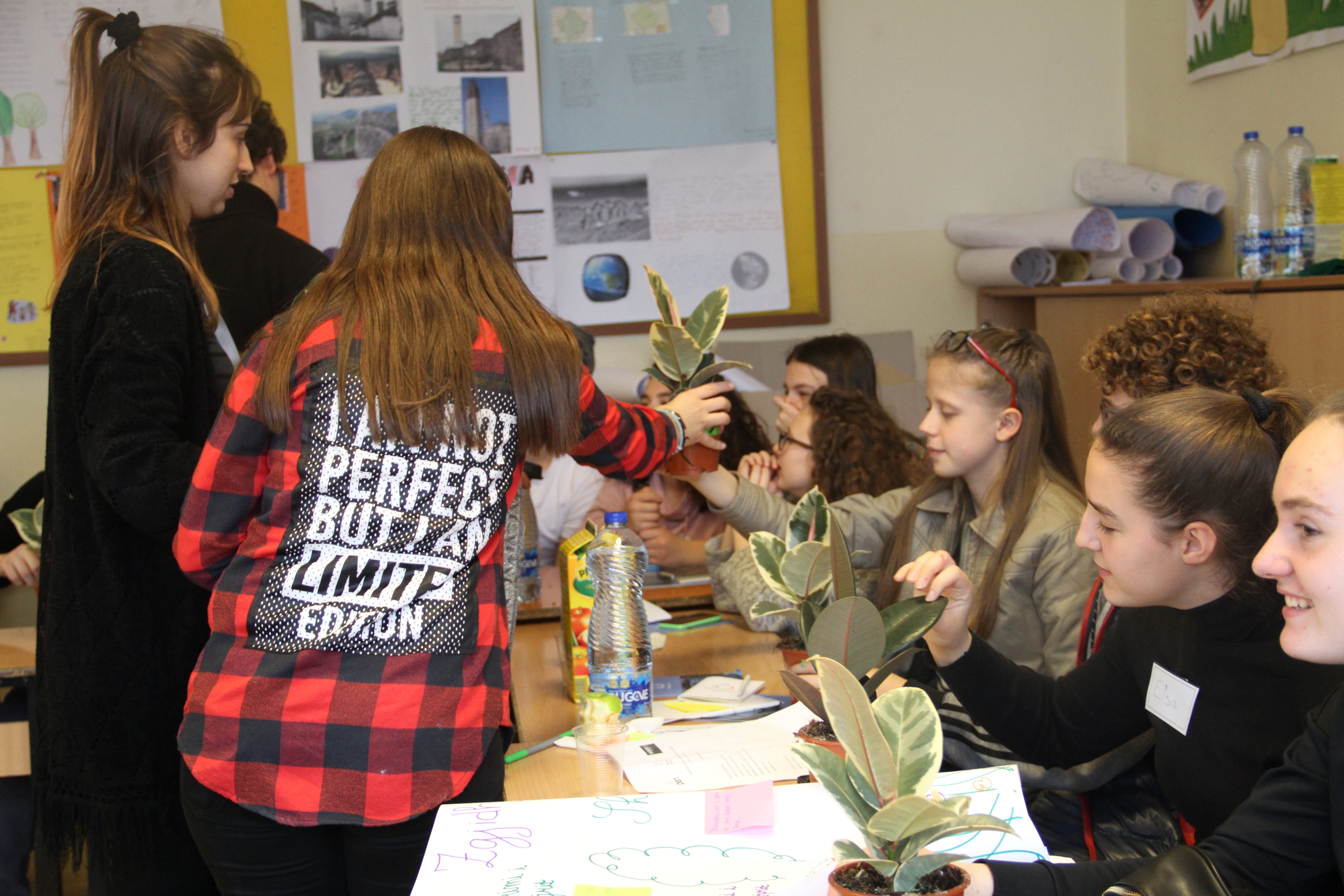 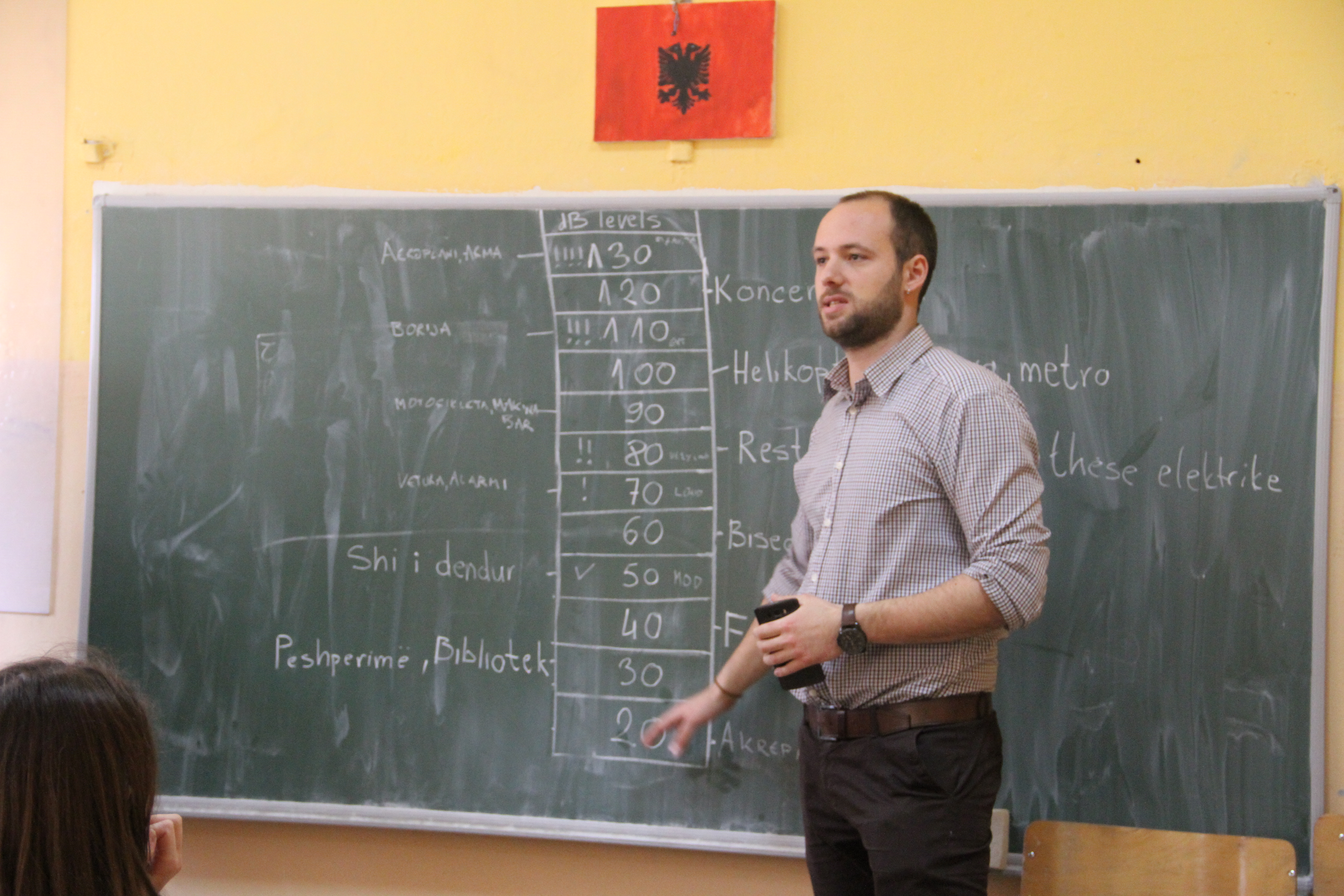 While the Bootcamp was ongoing inside the school, in another separated class, the children of the parents were attending non-formal environmental workshops.

These workshops are inspired by Paolo Freire’s critical pedagogy and Council of Europe’s non-formal education principles. A strong focus is given also to human rights, particularly looking at solidarity rights. The non-formal environmental workshops consists of short theoretical inputs around main concepts of environmental and air pollution; group building exercises with the aim to strengthen the group cohesion among the pupils but also increase awareness about team work, active listening, non-violent communication, etc.

The non-formal environmental education workshops have included also simulation game – one that we tested for the first time was called “Young Reporters” where pupils enters into the role of reporters and start to investigate about various issues in the school, such as: security conditions in the school, security regarding the traffic around the streets that surround the school, air and acoustic pollution, etc.

The findings of ‘young reporters’ will be presented to the school staff, but pupils themselves have also discovered new insights by investigating the above-mentioned issues. Variety of experiments have been conducted during workshops, mainly from the recently-translated Waag’s Smart Kids Lab, strengthening thus the cross-pilot collaboration within the Making Sense EU project.