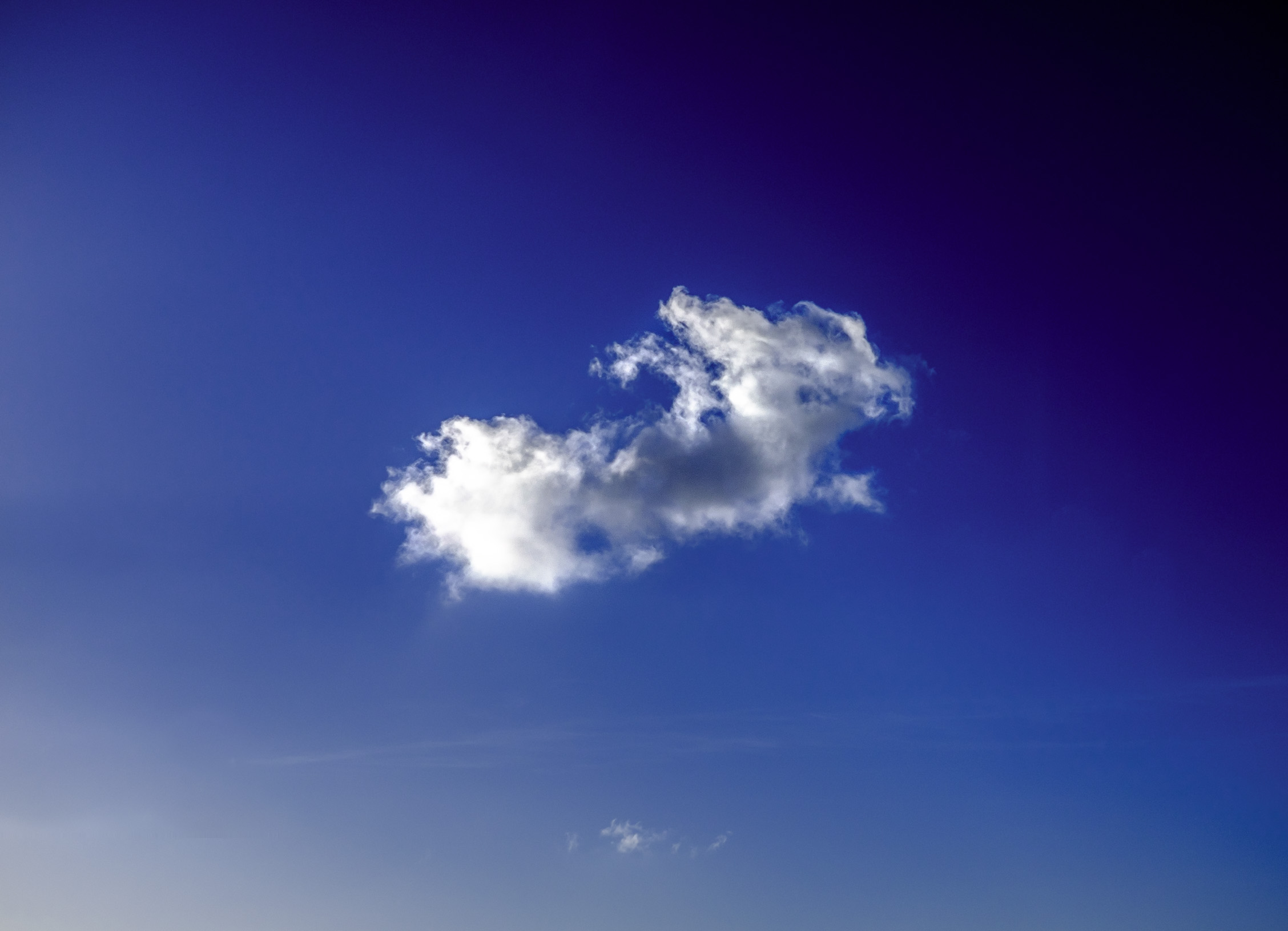 A movement to measure pollution and make change.

Approximately 9,500 citizens die every year in London because of long-term exposure to pollution. Premature deaths come as a result of two main pollutants: tiny particles known as PM2.5 that make up smog and are released by different pollutants, like power plants, burned coal, etc.; and toxic gas, known as nitrogen dioxide, NO2.

This data were published in a report in July 2015, by researchers at King’s College London. Additionally, in 2015, Italian metropolitan areas like Milan and Rome were forced to halt traffic completely so as to reduce toxic gases and smog to moderate levels; primary schools were temporarily closed and citizens, particularly those that suffered from respiratory illnesses and older people, were advised to stay at home or wear masks when outside.

In January 2013, the World Bank Office in Prishtina published a report titled “An Analysis of the Environment in Kosovo,” which gave alarming indications. Firstly, the report analyzed spending that Kosovo attributes to pollution. It highlighted that “the cost that the state of Kosovo pays for pollution in urban areas, especially for the influence of pollution on health, through tiny particles that increase cardio-pulmonary and respiratory diseases (chronic bronchitis etc.), as well as lung cancer from long-term exposure to pollution, reaches 38 to 163 million euros (or 0.90 to 3.88 percent of Kosovo’s GDP).”

Secondly, the World Bank report predicts alarming statistics related to the effect of air pollution on the health of Kosovar citizens, noting “air pollution is foreseen to cause 852 premature deaths, 318 new cases of chronic bronchitis, 605 cases of hospitalization and 11,900 emergency cases every year.”
Air pollution continues to be an alarming problem in Kosovo, but oddly enough, it is (un)intentionally neglected by policymakers that consider this issue a low priority. A few questions related to air pollution arise, especially in Prishtina: What are the immediate measures that must be taken by the relevant institutions and responsible authorities when pollution reaches alarming levels? Where should Kosovo citizens get necessary information — especially vulnerable groups like children, the elderly, and people that suffer from respiratory illnesses etc. — and how can citizens be sure that information and advice reaches them in a timely and accurate manner? Why is air pollution, this invisible killer, not treated as a priority issue by Kosovar citizens either? How can young people be involved and participate in a more authentic way in dealing with issues of air pollution?

NO2 — A TOXIC KILLER

Nitrogen dioxide (NO2) is measured in micrograms per cubic meter — ug/m3. The level of NO2 that is recommended by the European Union and the World Health Organization is on average 40 ug/m3. Any value that is higher than 40 ug/m3 indicates pollution.
The higher the value of toxic gas, the more pollution there is; the more pollution, the higher the risks against human health. And the longer people are exposed to this pollution, the higher the chances of being diagnosed with various respiratory diseases or lung cancer.

To attempt to answer these questions, in June 2014, a number of organizations — Transitions Online, UNICEF Innovations Lab Kosovo, Internet Artisans, Peer Educators Network (PEN) and the Prosperity Initiative in Kosovo; supported by the Ministry of Foreign Affairs of the Czech Republic and the UNICEF Office in Kosovo — joined forces to create an experimental environment movement called the Science for Change Movement. This movement aims to involve a number of young people from different cities in Kosovo to research about air pollution by utilizing digital and non-digital equipment, as well as other methods that have successfully been applied in a relatively new international approach called “citizen science.”

Seeing the trend of air pollution in Kosovo (especially in the city center) during 2014, the Science for Change Movement intensified field air quality measurements during December 2015 – February 2016, and discovered hotspots or locations where NO2 pollution is highest in the capital. The measurements found that in December 2015, Prishtina, and in particular the center of the capital, was exposed to a high level of pollution from the toxic gas. 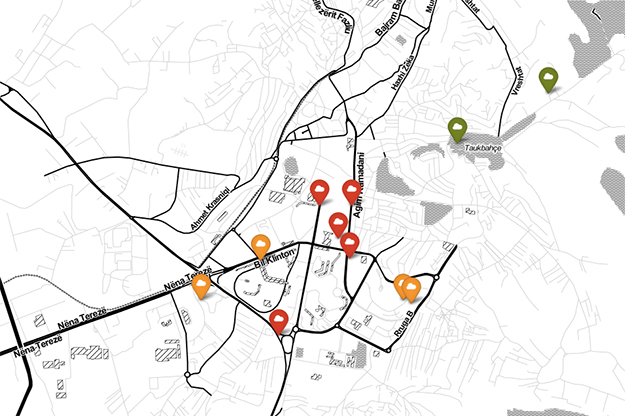 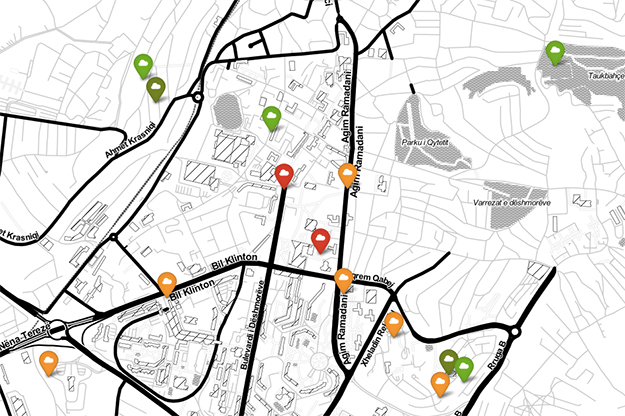 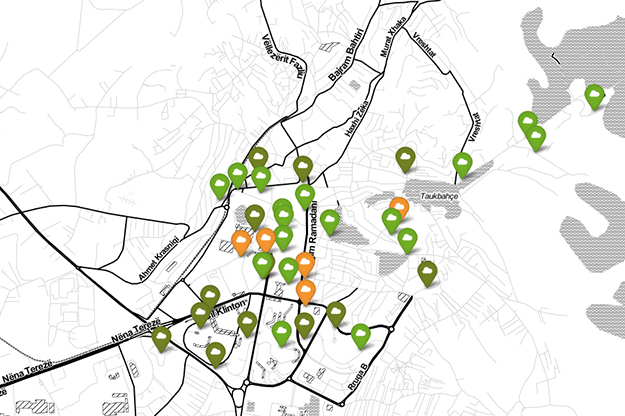 Since August, working within the “Making Sense EU” project, PEN and the Science for Change Movement have also been conducting measurements of PM2.5 microparticles. These particles are one of the main causes of different diseases, including lung cancer and other respiratory illnesses.
The first measurements were taken during this year’s DokuFest Festival in Prizren, where they were published together with a short analysis that highlighted the fact that the results in Prizren showed values of PM2.5 pollution that were four times higher than the World Health Organization (WHO) limit; WHO recommends an average level of PM2.5 particles no higher than 25 ug/m3 during a 24 hour period.

Besides interpreting the results of the PM2.5 pollution measurements taken during September-October 2016, PEN and the Science for Change Movement will soon start a campaign through which they will undertake direct actions to raise awareness for the issue of air pollution in public discourse, and seek more transparency for quick and proper information for citizens on air pollution by relevant institutions.