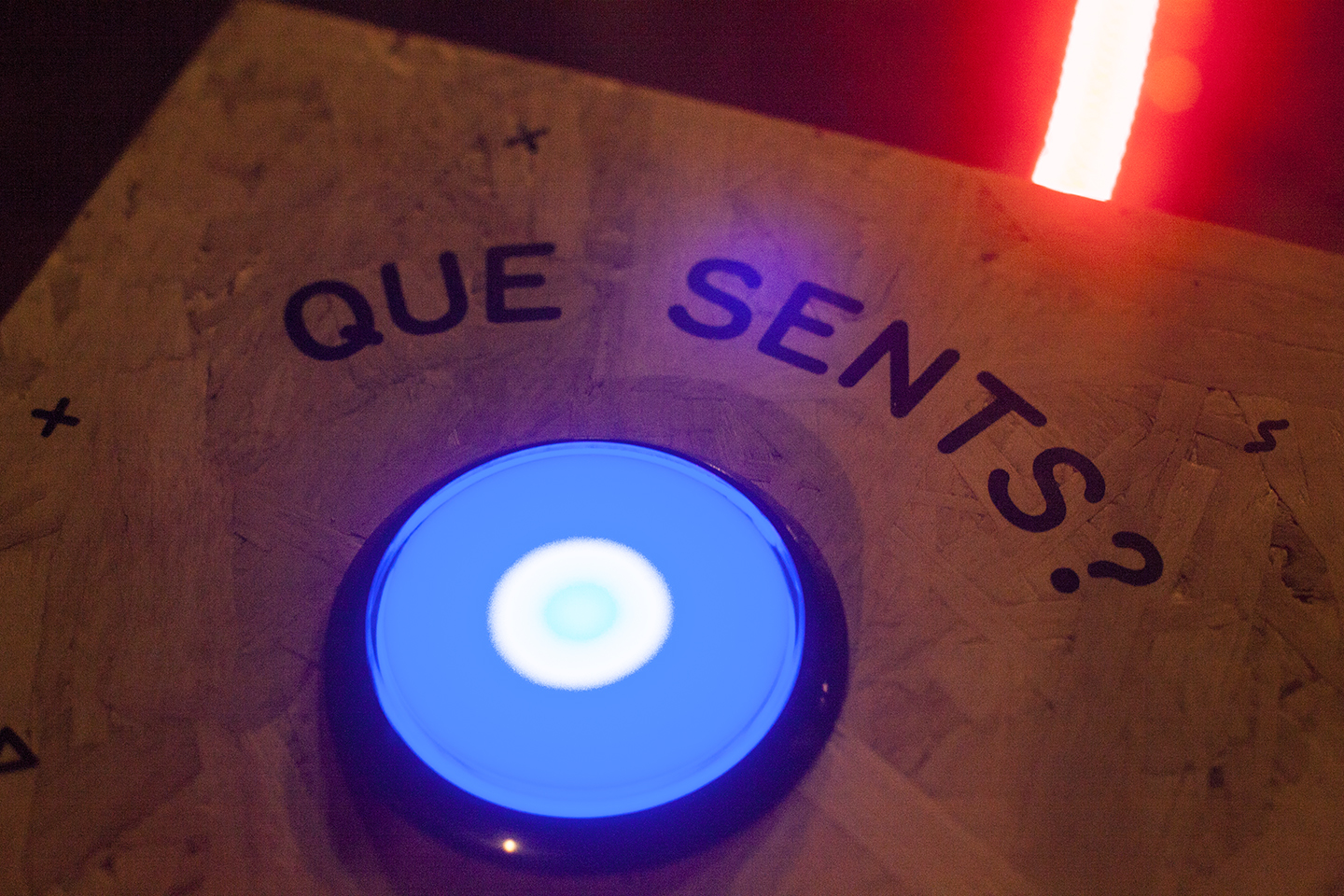 On Saturday 11th of March, around 75 people gathered at Kubik, in Gracia, to take part in the launch of Making Sense’s third pilot in Barcelona.

The aim of the event was to present the work done in previous pilots, to discuss the objectives of the Making Sense project, and to start to build a community of citizens who want to participate in the third and final pilot.

The event was an authentic celebration of citizen sensing!

There was a photo exhibition illustrating the key activities performed during the previous pilots; a real-time installation built by one of our community champions – which captured and visualised noise levels in situ at Kubik; and a number of presentations about how citizen participation, open source technology and data can help us to tackle environmental issues. 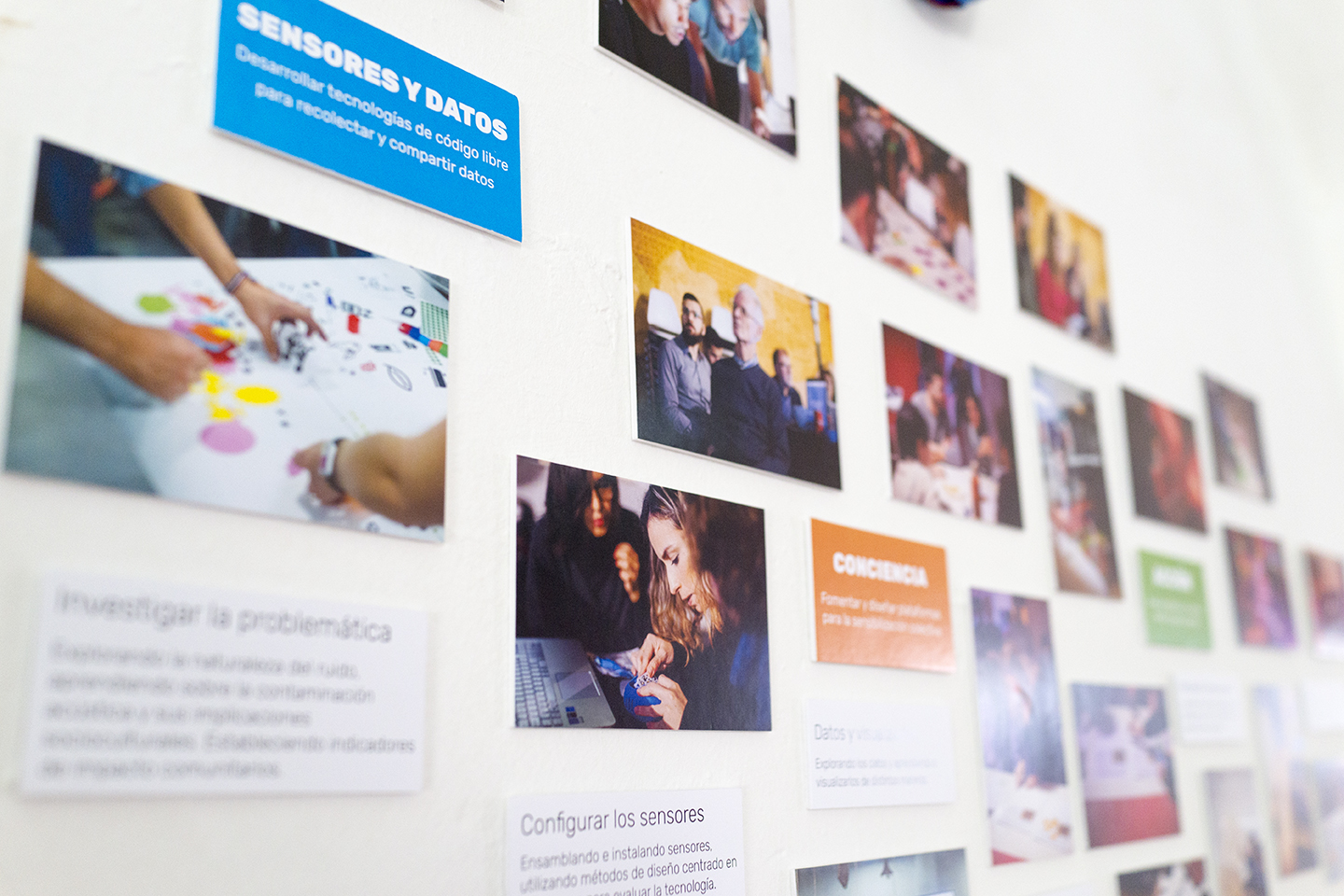 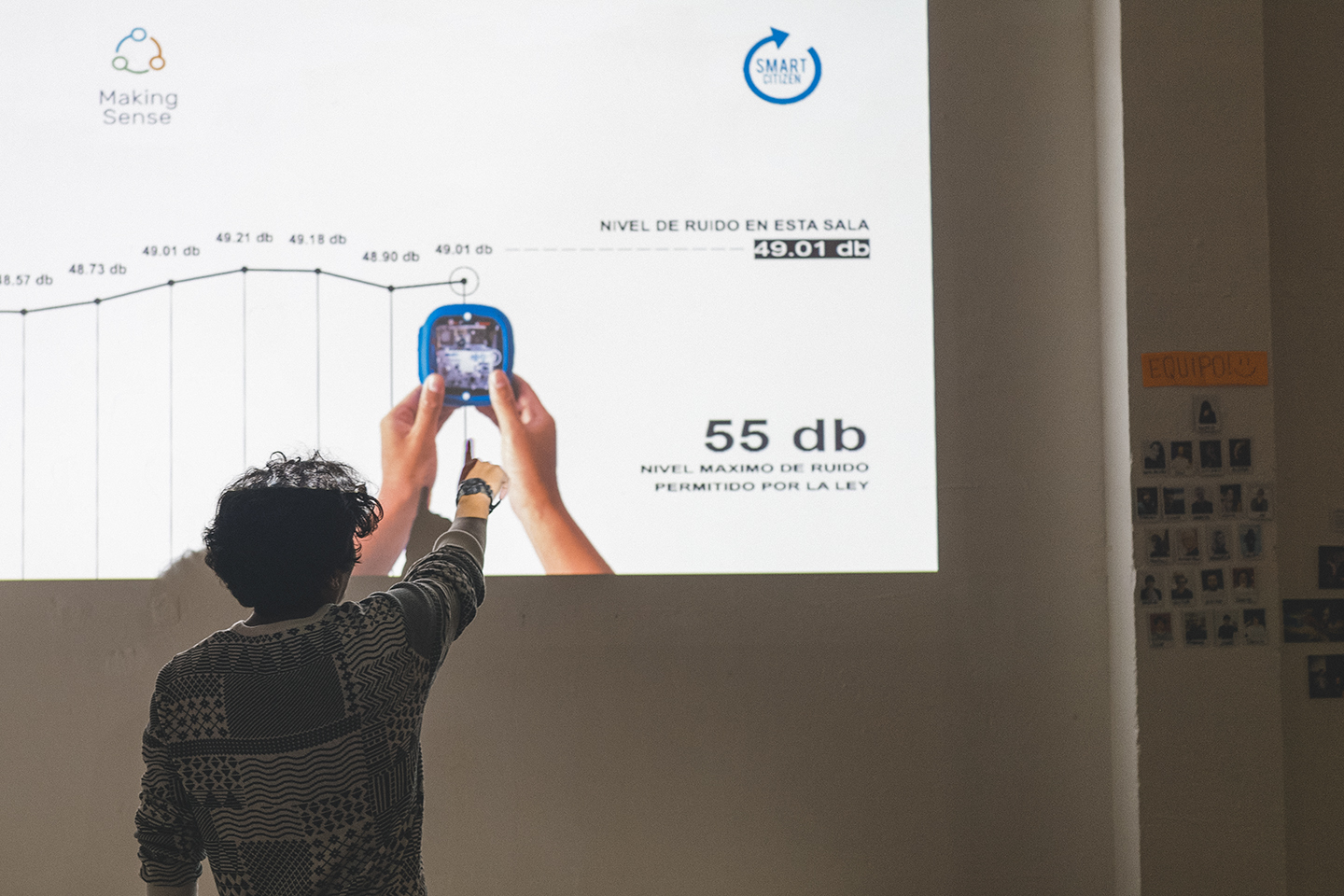 During the event two collaborative activities allowed us to map noise pollution hot-spots in the Gracia neighbourhood as well as the efforts, skills and time that citizens are willing to contribute to the pilot. 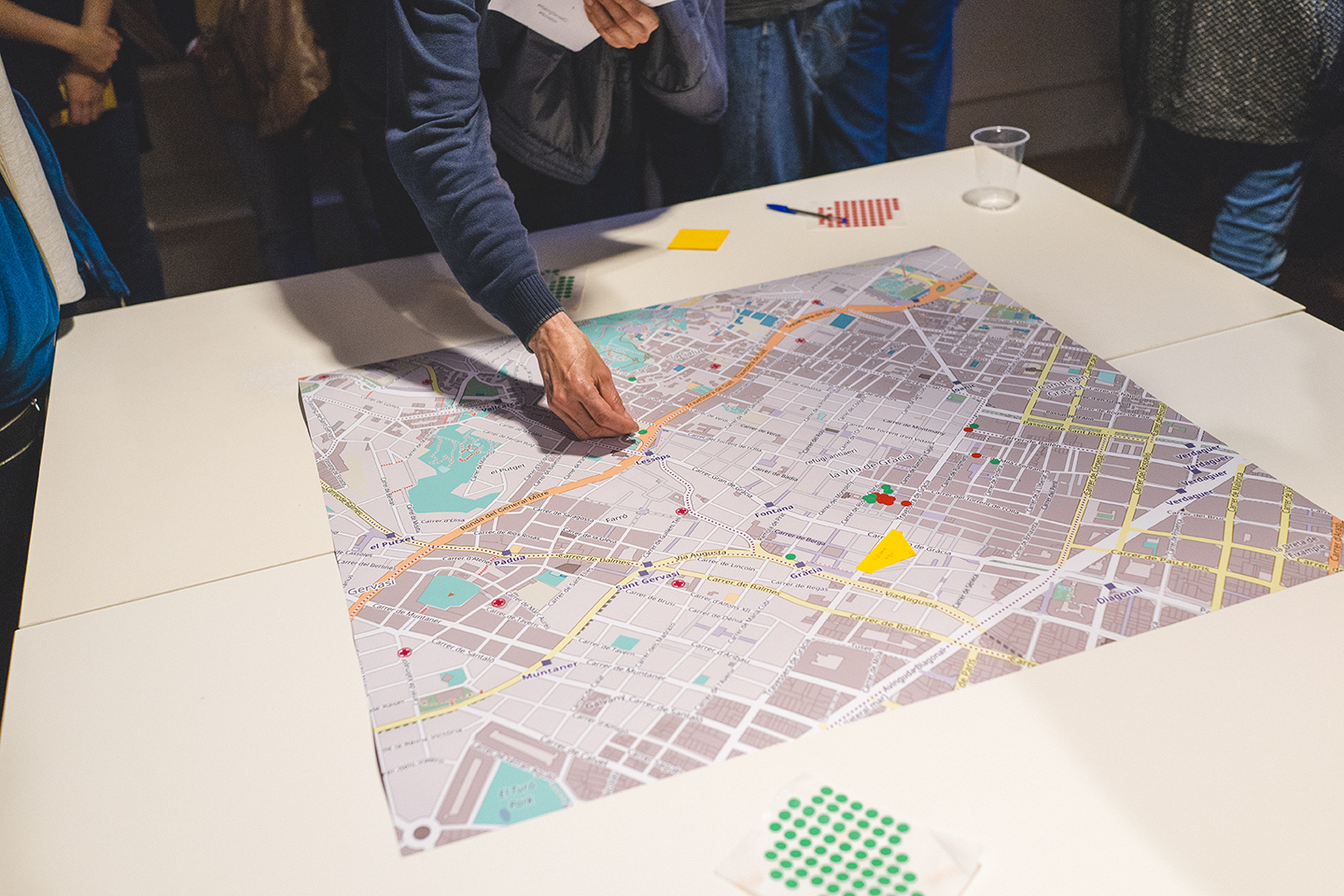 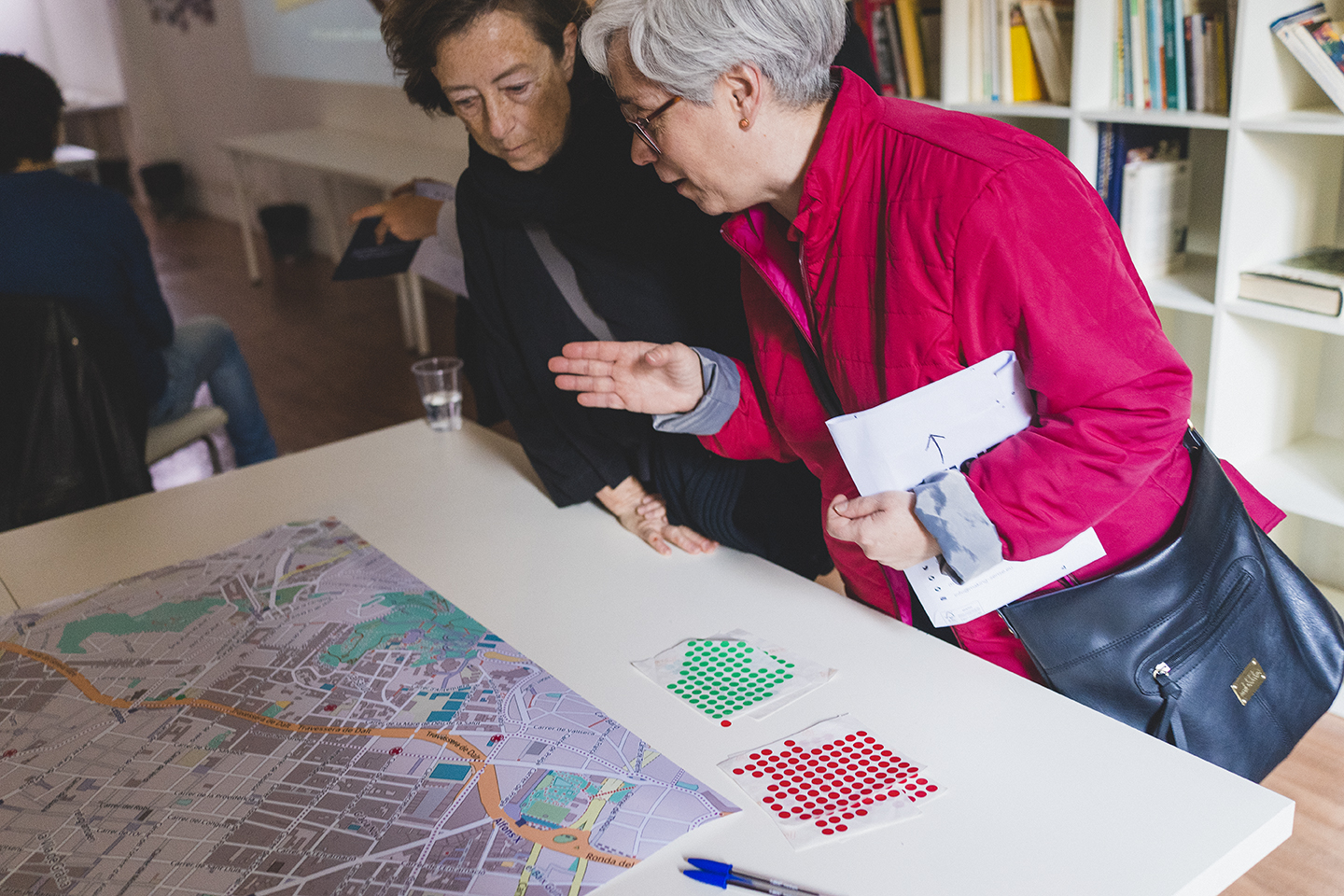 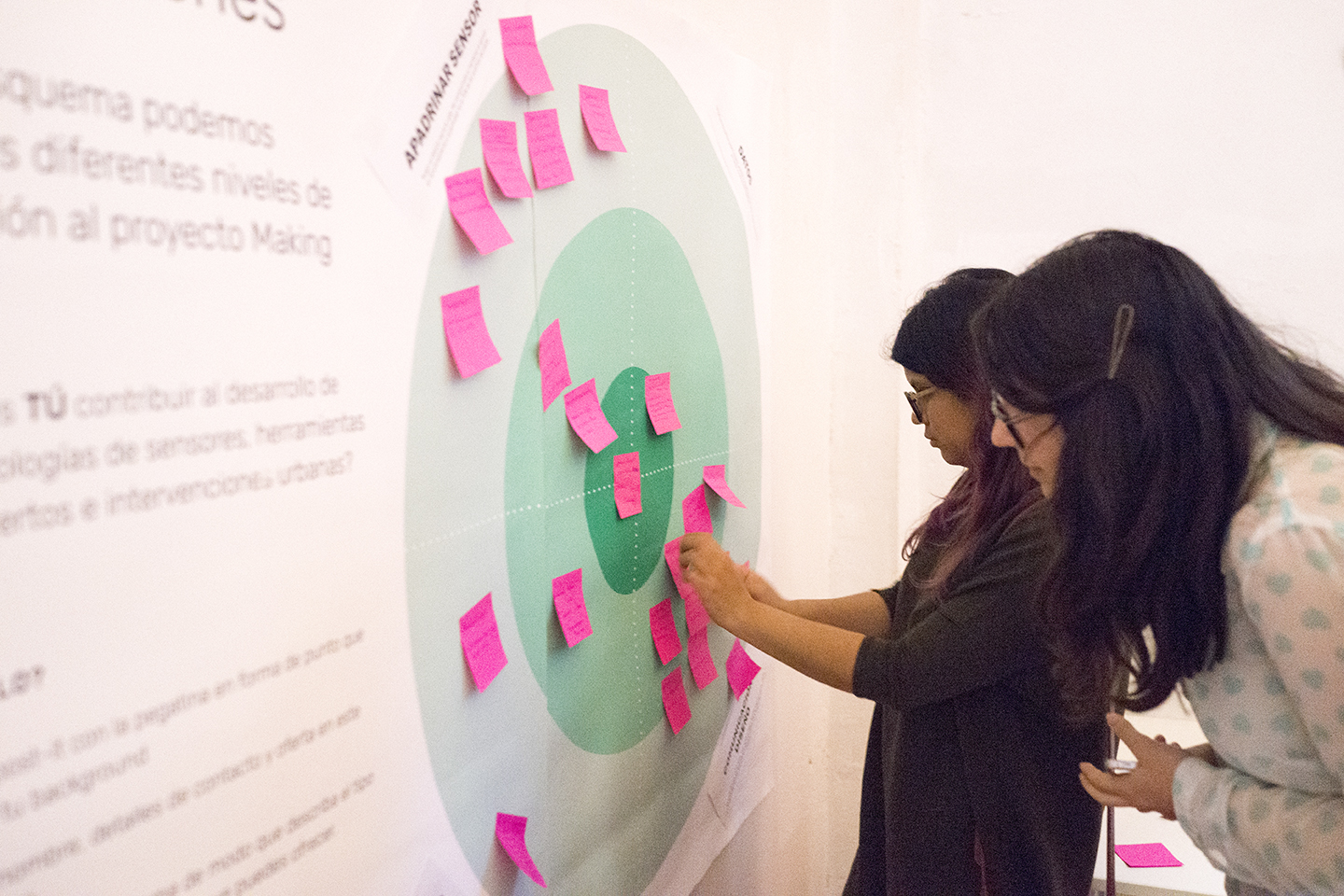 From the collaborative mapping task we identified that the Plaça del Sol is perceived as seriously affected by noise pollution.

A group of residents of the Plaça explained how this affected their everyday lives, while other participants committed to supporting this cause even when they didn’t live in the area or were not directly affected by it. 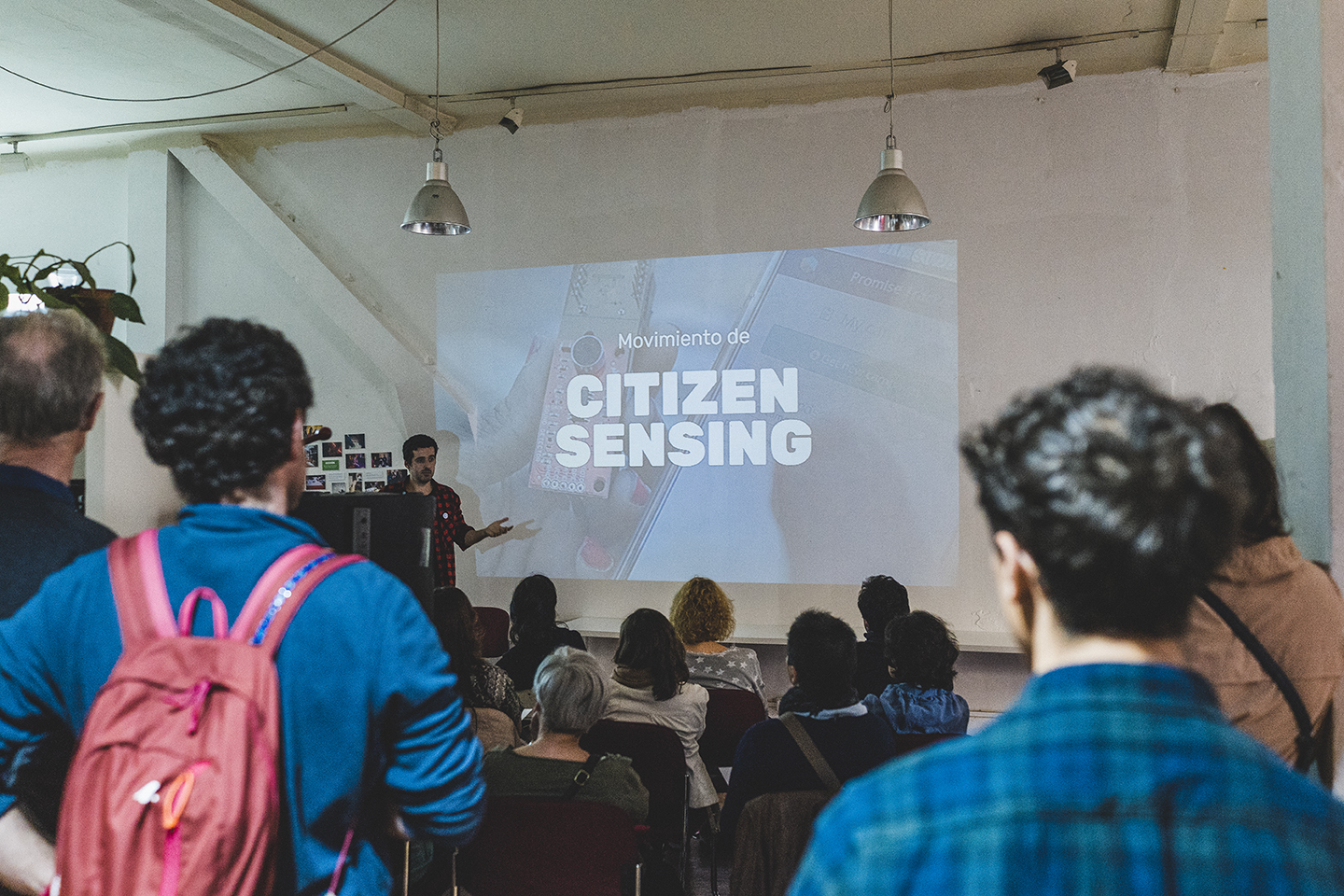 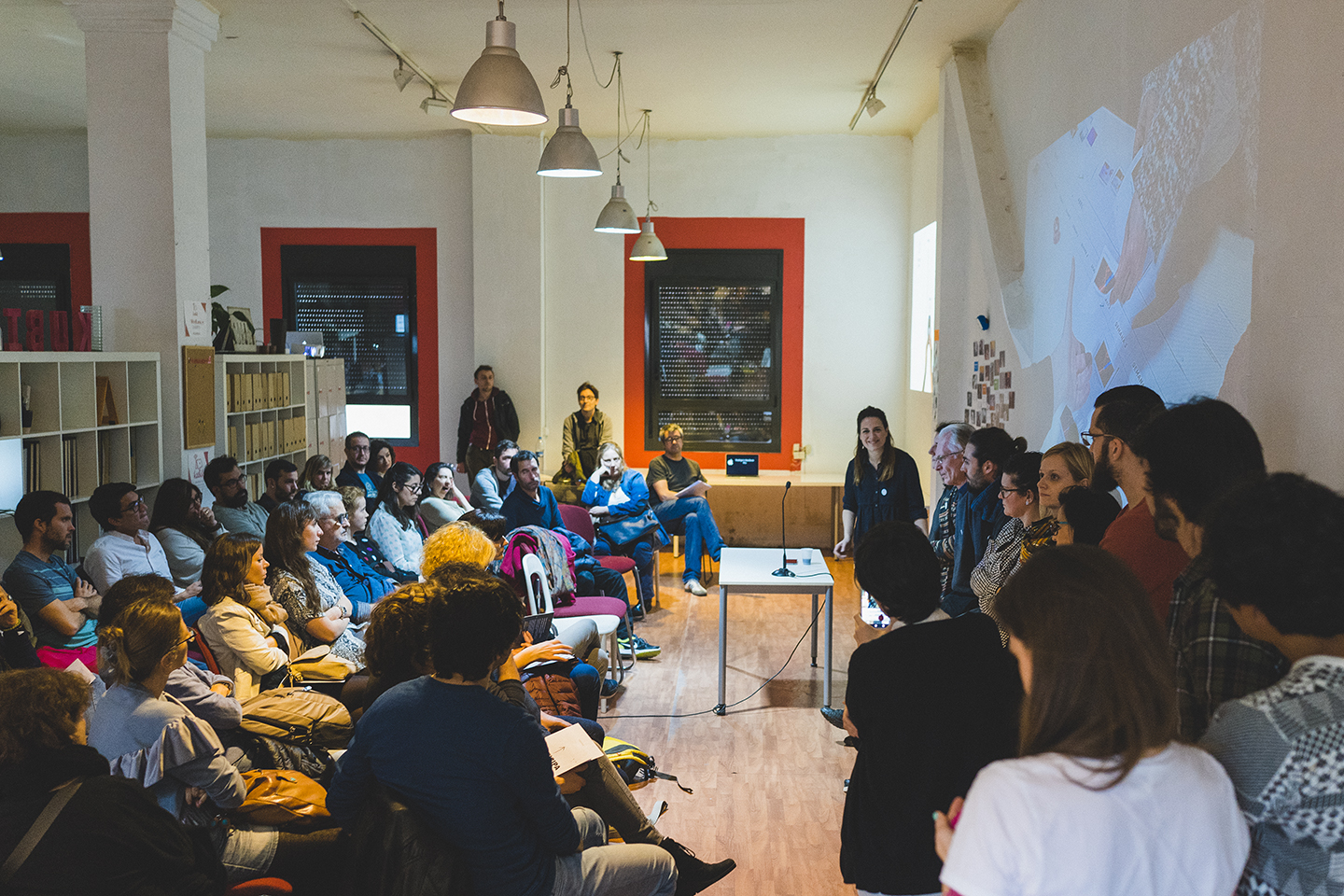 After the event at Kubik we all walked towards the Plaça del Sol where we deployed the ‘Noisebox’, an interactive installation that was fabricated by the community champions who took part in the first pilot.

The device comprises a wooden box equipped with a Smart Citizen Kit to which was a 5 meter long LED strip has been attached. Participants can press a button on the box to trigger the noise sensor. 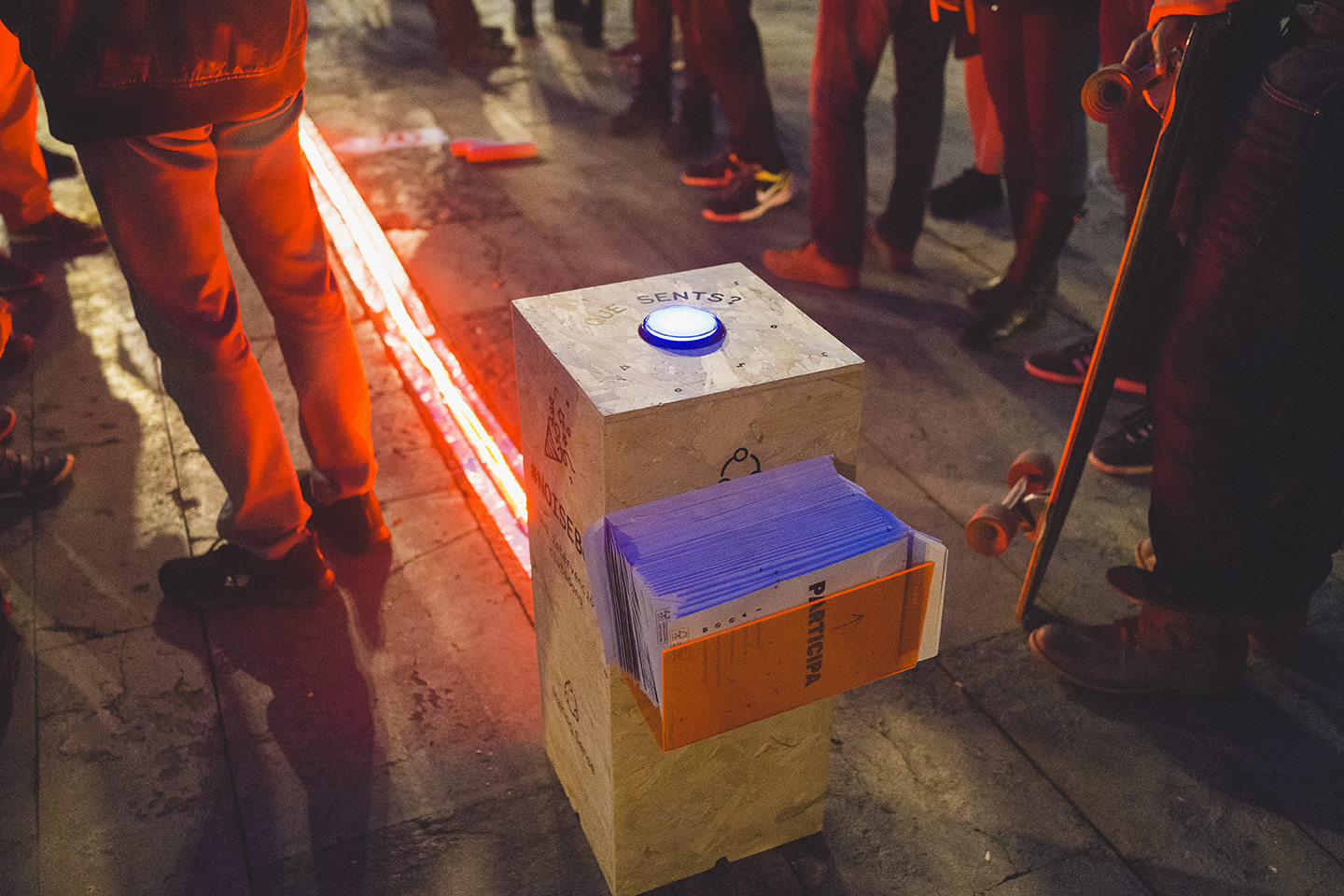 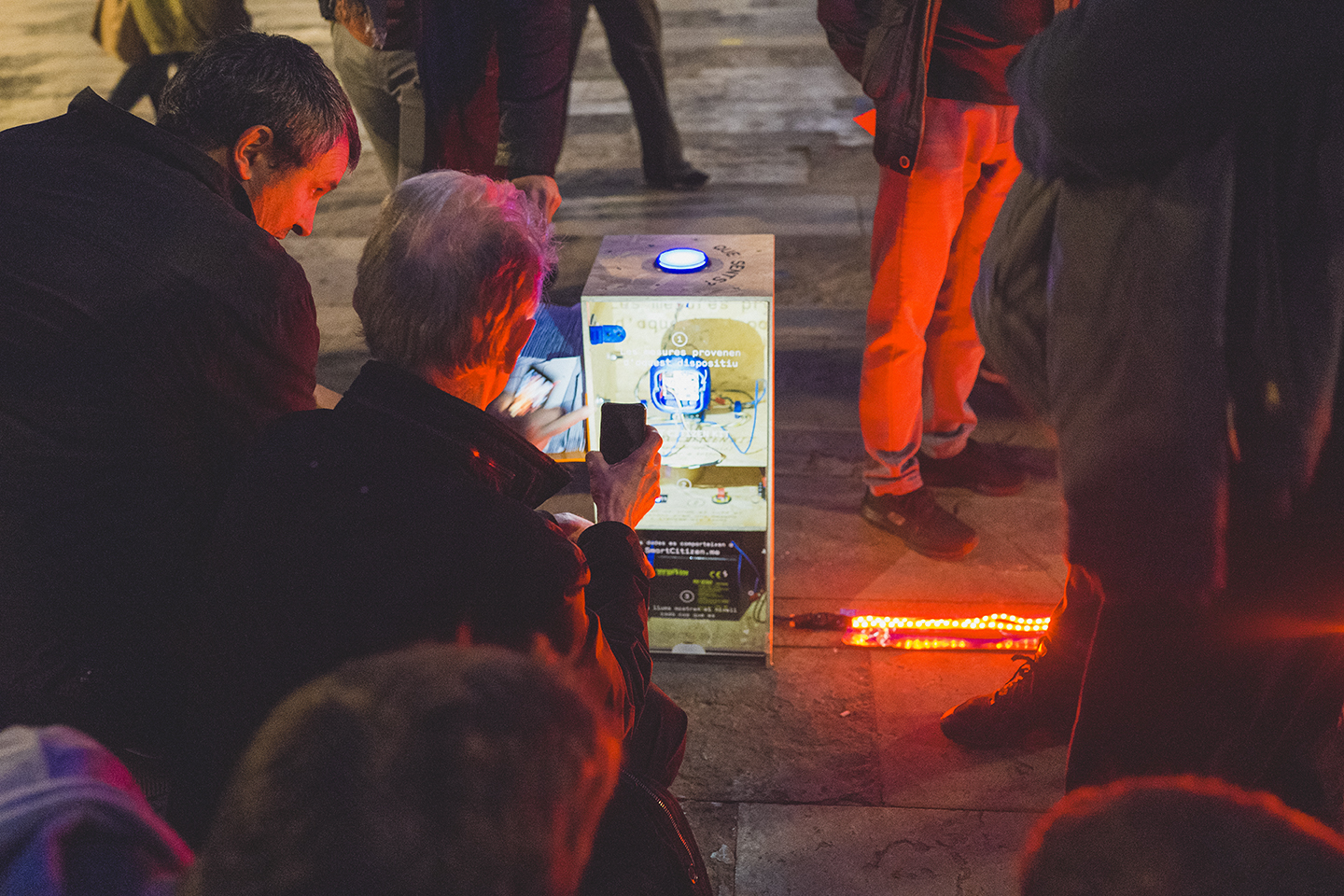 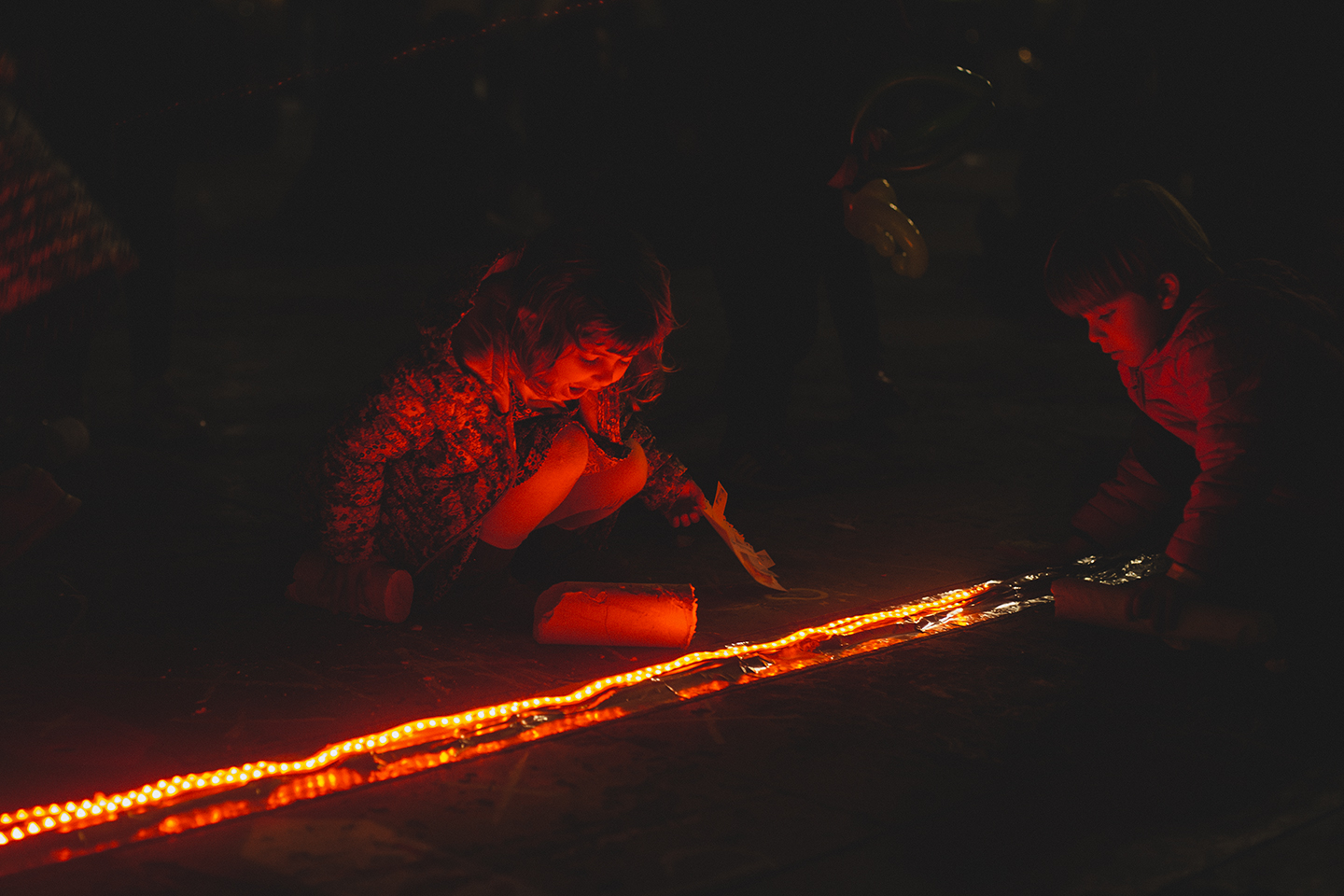 The measured data is then represented through the LED strip. Around the installation, we created a conversational space, which included different stencils and gigantic pieces of chalk (also fabricated by the community champions) as incentives to people to write and share their views on the sounds and noises that they like and don’t like in the Plaça. 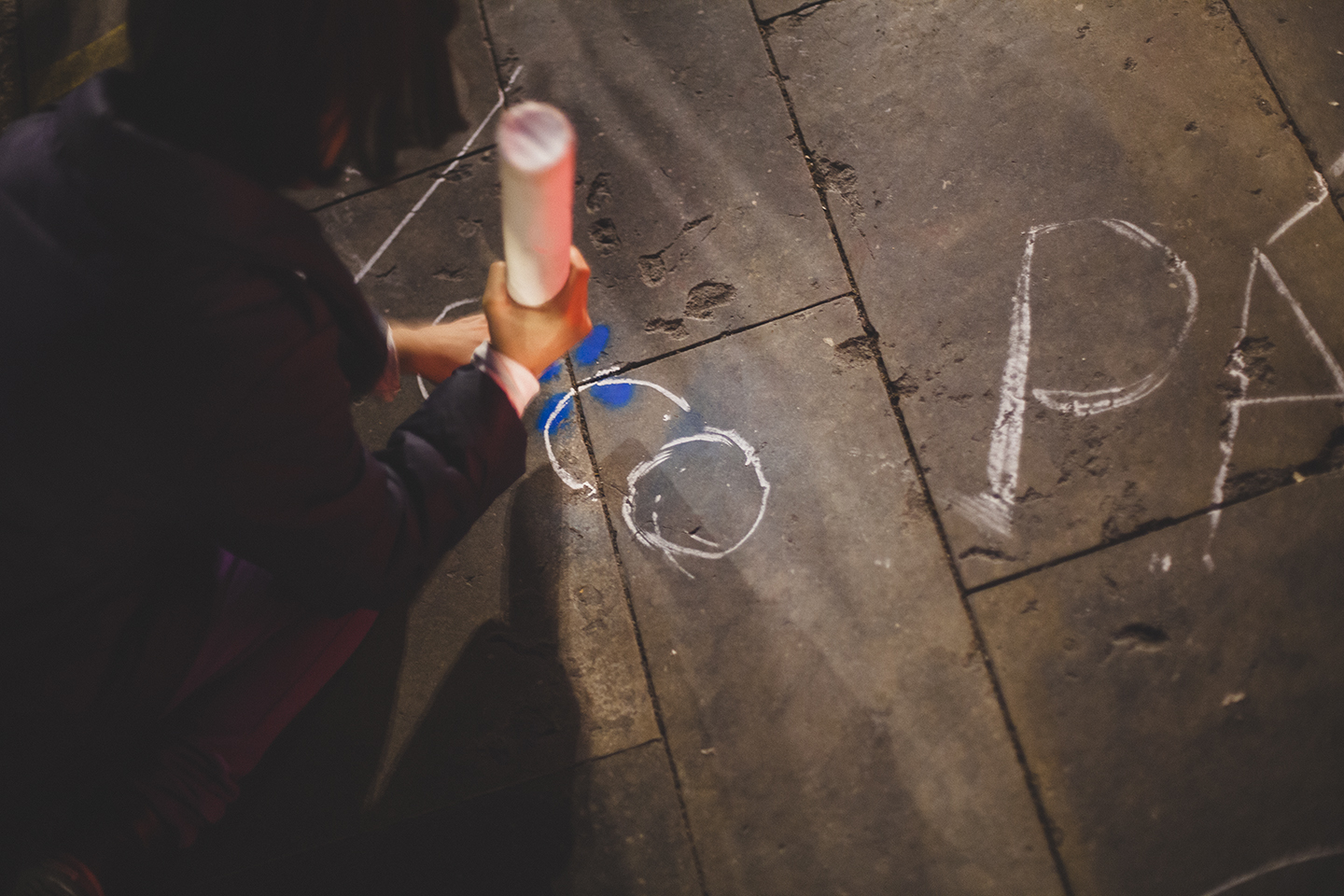 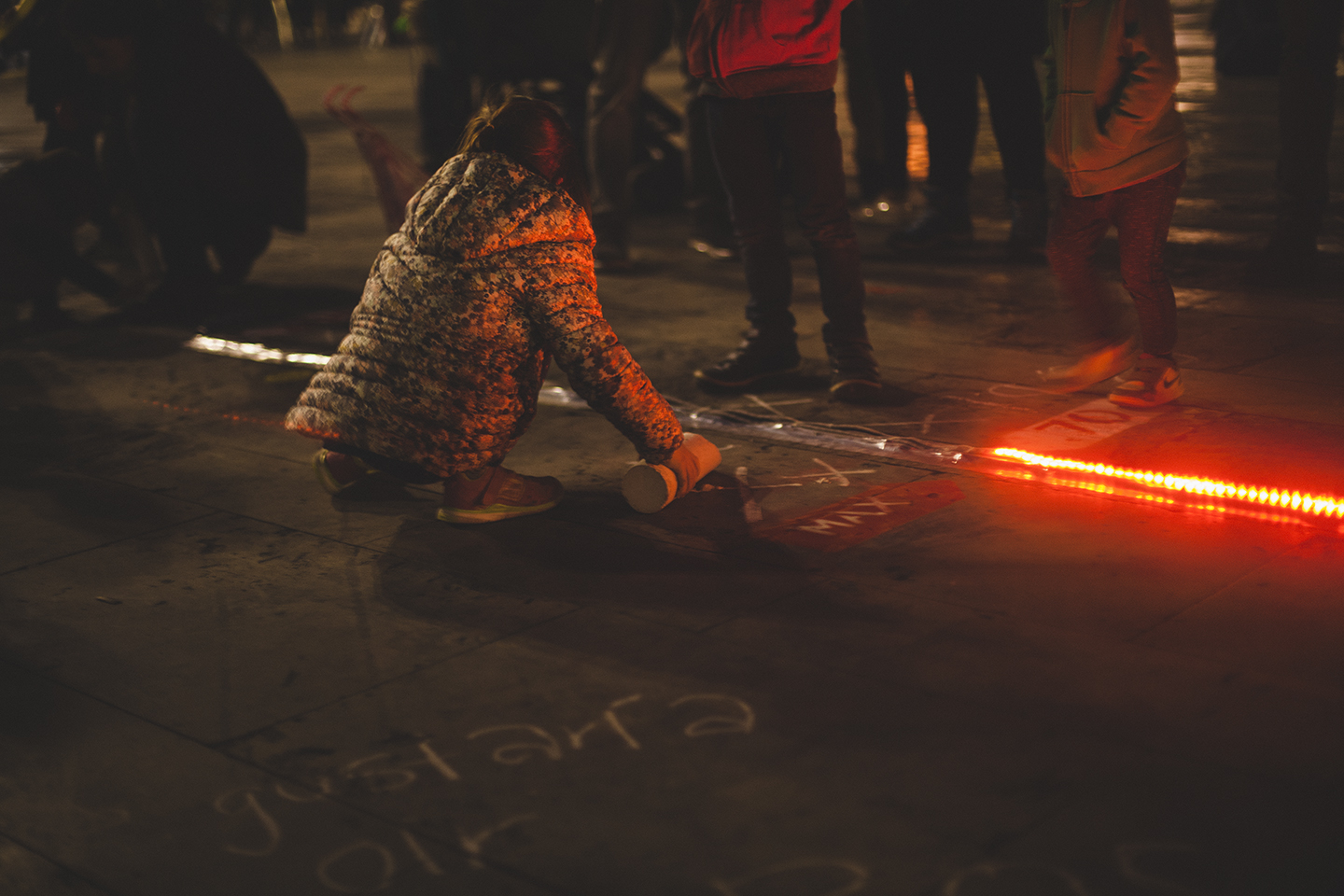 The deployment of the Noisebox attracted hundreds of people who were curious to find out more and experience the installation. Many provided data and comments that will help us to inform the pilot and moreover signed up to be involved.

We thank all the event attendees and residents of the Plaça del Sol for their invaluable enthusiasm.

We are looking forward to co-creating an impactful third pilot to make Barcelona a better place for all.